Our friend Cody and his girlfriend Jaz have spend the last six months hiking across New Zealand on the Te Araroa trail. It was a pretty epic adventure. They carried all of their belongings on their backs as they walked 1,800 miles across an entire county. They saw some beautiful scenery, met some wonderful people, and came to really appreciate the high quality of U.S. hiking trails. You can read about all of their trials, tribulations, and shenanigans on their blog at http://feedaweta.blogspot.com.

We have known Cody a very long time. He was friends with my older brother when we were little kids and was one of Brandon’s closest friends in high school.  We were thrilled when we learned that Cody was going to come visit us as soon as they returned to the states! Jaz and Cody flew into L.A. from New Zealand. She was going to stay in California to visit family while Cody came north to visit us.

After arriving in L.A. Cody hopped on an Amtrak train to Sacramento. In Sacramento he met up with Coleman, another good friend of ours. We all met Coleman when we lived in Austin. Coleman is a Marine veteran and was working on completing his bachelors degree at the same university I was attending. Coleman got a job at the same automotive shop where Brandon worked. Brandon brought Coleman home for dinner one night and the rest is history.

From Sacramento, Cody and Coleman hit the road headed for Oregon. They drove through the night, only stopping to pitch their tents for a few hours sleep. When they finally made it to our house it was a glorious reunion. It had been entirely too long since we had seen these guys.

The plan was to go camp in the RV somewhere close by. Cody would be with us for the next week and a half, but Coleman only had the weekend. We decided to go back to Champoeg State Park. Champoeg is definitely not the most adventurous destination but it is very close, well maintained, and all we really wanted was a chill weekend with old friends.

We set up at a spot with lots of open grass space for horseshoes, corn-hole, bocce ball, and of course, room for Rudy to play. 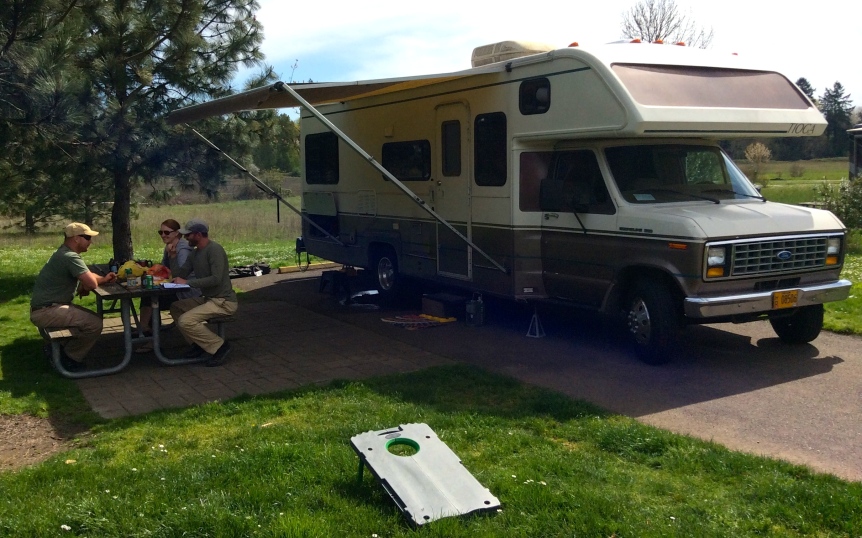 Rudy had a great time chasing after Brandon’s remote controlled drone. It looks like a tiny helicopter with four propellers. Rudy would follow the drone as it flew above him, then catch it when it came close to the ground. But he was so gentle with it that we weren’t actually worried he would break anything. He would just put his mouth around it and let it go. He never really chomped down. Rudy and I also just enjoyed hanging out in the grass. 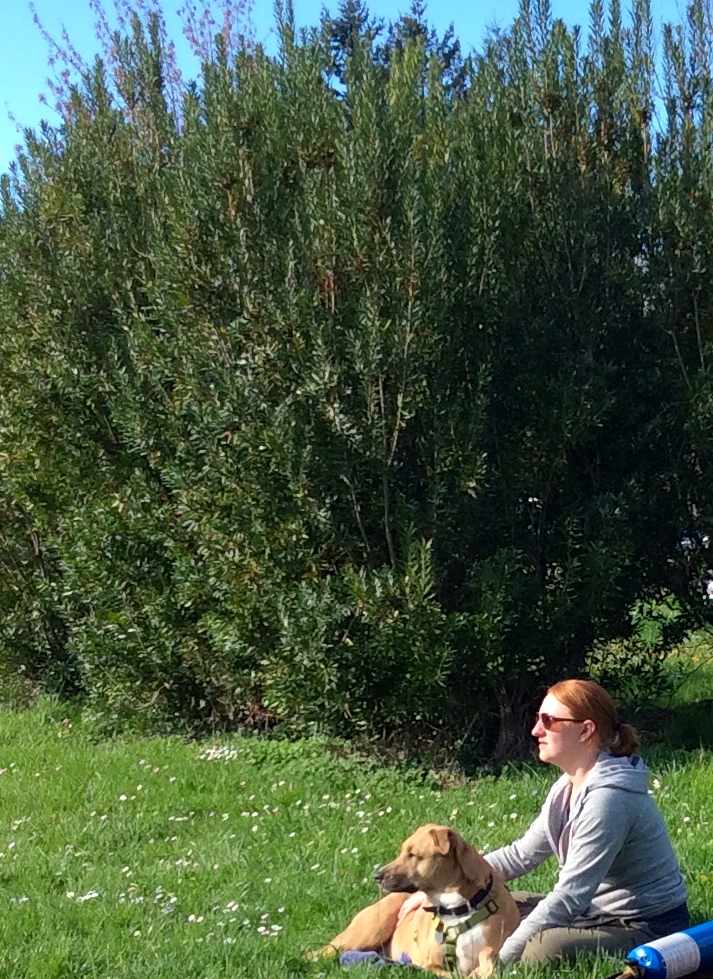 Brandon made burgers on his mini-charcoal grill. 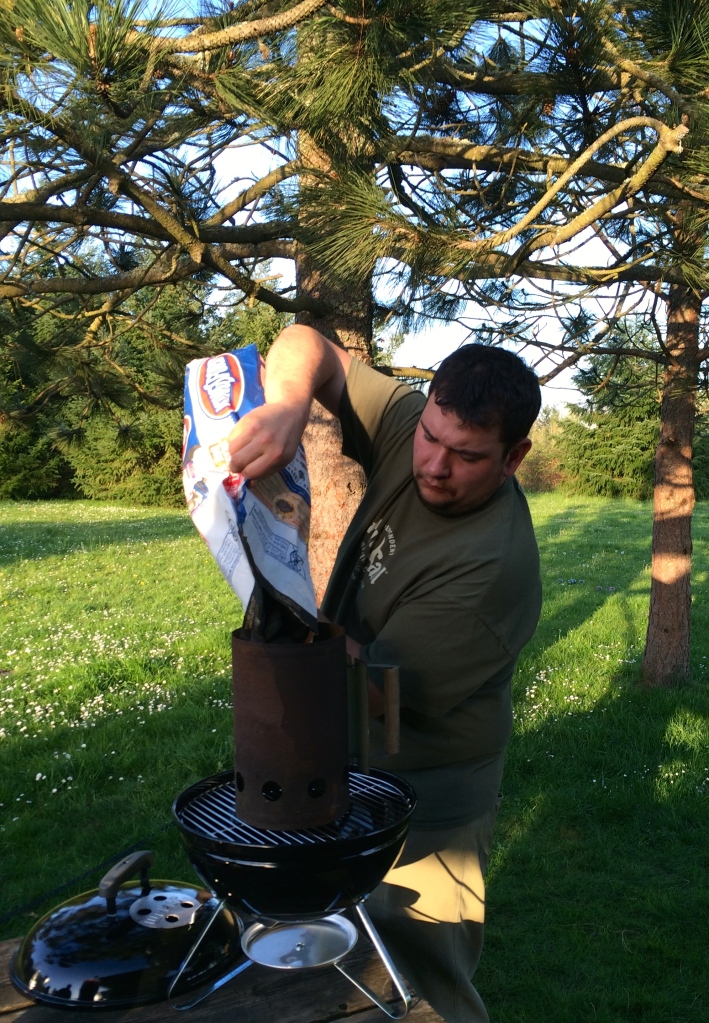 The guys smoked some Cuban cigars. Beer and whiskey was had by all.

As you can tell from the above photo, the guys chose nearly identical outfits for the day. They were all wearing khaki pants and and an olive green shirt. I swear they didn’t plan this. We all joked that they looked like park rangers and could go around collecting random park fees from the other campers. Obviously, they didn’t actually do this. However, later in the afternoon a neighbor camper came up to our campsite and started asking Coleman for his opinion on some current NASA satellite project. You see, Coleman’s shirt had the NASA logo on it and this guy saw that and assumed that they guys were a team from NASA because they were all dressed alike. I guess for some people all it takes to make someone official is a T-shirt. It was really strange but also very entertaining.

We had some odd neighbors on the other side of our campsite as well. These guys were in a cute little trailer and had brought along some golf balls, clubs, and a roll-up putting green. They proceeded to play putt-putt golf all afternoon, into the night, and were playing when we woke up the next morning. The putting green was the very last thing they packed up when they left. They had to get in one last shot. I thought it was a little obsessive but to each his own. Plus, they were pretty nice neighbors – quiet yet very fun to watch.

Overall, we had another nice weekend at Champoeg. We’ve started referring this park as our “lunch hook”. Sailors use the term lunch hook to describe dropping anchor for just a few hours so the crew can rest and grab a bite to eat. Dropping a lunch hook is much more casual than an over-night anchoring. There isn’t much to worry about because you’re only going to be there a few hours. We feel the same way about Champoeng. We can get there in 30 minutes or less and once there, we’re only 15 minutes from the store if we forgot anything. There is literally no advance planning required. However, theres is also not much to see.

The RV is in much better shape than when we bought it and I think it’s ready for a real adventure ; )